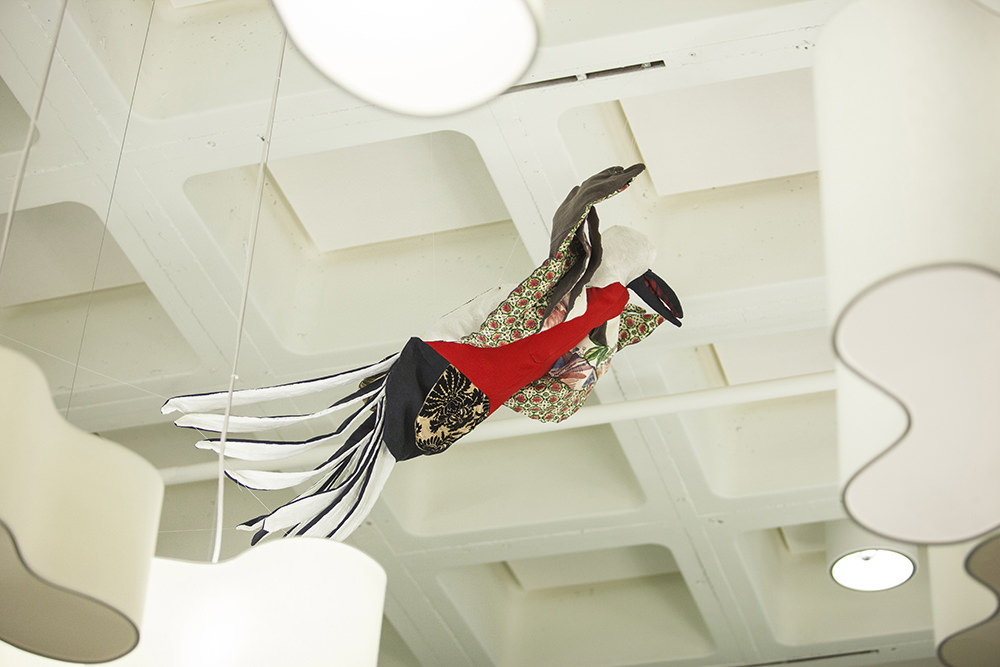 Fact #1: The Clean Air Act was passed in 1970 with a unanimous vote from the Senate and only one nay vote from the House. This is just one example of successful environmental efforts that crossed party lines.

Fact #3: George H.W. Bush (R) called himself the “environmental president,” and attacked his opponent as an example of someone who would be detrimental to our environmental conservation, and therefore our country. Bush expanded upon the Clean Air Act by “instituting a cap-and-trade system to cut power plant pollution and reduce acid rain.”

Fact #2: While China is on track to outproduce and double the amount of waste the US produces by 2030, that would still make them less wasteful than we are per person. Consider this. The US has a population of 320 million people. China has a population of 1.4 billion. And yet we still currently outproduce them in garbage by 1.33 times.

Fact #3: Japan and Germany are also among the top 5 most wasteful nations. Both countries are lauded for their efficient processes and streamlined businesses. Lean six sigma and other streamlining/waste elimination methodologies give praise to Japanese companies like Toyota for helping to establish these practices. But “efficient” is not the same as “waste free.” It also matters what you call waste. A company that manufactures disposable plastic bags and bottles may do so without wasting any plastic in their processes, but they are still producing plastic bags and bottles that go into our landfills. A car company may waste no time in getting cars out on the market and on the roads, but they are still producing fossil fuel burning cars that require metals mined from the earth.

Fact #4: At least 83 animal extinctions have been documented in North America alone since the 1900s. Many more animals have lost about 75% of their populations since as recently as the 1960s.

For anyone who wants to call any of the above information the stuff of alarmists, cut any of these numbers in half and it’s still ridiculous.

The complicated, and sometimes overwhelming

Perhaps one of the most dangerous things is when both conservative and liberal politicians continue to treat the future of the economy and the future of the environment like opponents rather than interdependents, like an agenda to be beat or won instead of a problem to solve and a purpose to share and lead and collaborate on.

We can’t ignore the huge pollution problem surrounding us and ahead of us. So whose responsibility is this? Is it the big companies? Is it individuals? As both an individual and small business owner, I feel the pains and contradictions in multiple ways. As an individual, I feel defeated every time I go to the grocery store and buy fruits and vegetables that come pre-wrapped in plastic or covered in stickers that are non-biodegradable. As a business owner, I struggle with the fact that the cheaper options for materials are the less environmentally friendly ones, or that there may just not even be any truly environmental options out there. I struggle with the fact that until our bigger systems change, the current system endorses the monetary success of business models that are linear instead of cyclical, with no sustainable future for the materials we create with and consume. The current system endorses a culture of high, frequent, and repeated consumption instead of the slow consumption of products that last and are meant to be taken care of.

So again. Whose responsibility is this? Is it businesses? Is it individuals? In spite of the above, it’s still not an either-or.

Here are some things you should know about the legacies of people who advocated for the environment.

Figure #1: Gaylord Nelson (D), a former Senator and the 35th Governor of Wisconsin, founded Earth Day in 1970. He was responsible for motivating President Kennedy to participate in discussions about environmental conservation and policy across the nation. He helped to establish the federal legislation that protects the Apostle Islands National Lakeshore. And he, like many, understood that environmentalism was not a partisan issue.

Figure #2: The 37th Governor of Wisconsin, Warren Knowles (R), set yet another example of collaborating across party lines. Knowles is also remembered for his pro-conservation and pro-environment policies and legacy, and for his collaborations with his predecessor, Gaylord Nelson.

Figure #3: Aldo Leopold was a Wisconsin environmentalist whose ethics of nature, biodiversity, and wildlife preservation continue to guide the conservation of our state and national parks, trails, and nature centers nationwide. He helped to change previous wildlife management mindsets as one that inevitably has human beings at the top of the food chain, which led to the re-introduction of predators like wolves to Yellowstone National Park to restore balance to the natural ecosystems.

Figure(s) #4: Activists in Wisconsin played a huge role in banning DDT nationwide, from the nature-loving citizens who raised public awareness to Professor Joseph Hickey at UW who connected the death of birds to the earthworms they were eating from the DDT-infested soil.

Fact: $647 billion was invested in drilling oil last year alone, and we need $1 trillion to be invested in clean energy solutions between now and 2030. That’s $1 trillion over 13 years, and we’ve spent over 2/3 that amount on drilling alone in just one year, not counting all the other investments in the oil industry. And as it’s been shown, their assets’ worth won’t last and are not sustainable, so that’s either $1 trillion for renewable resources over the next 13 years, or $1 trillion to keep investing in something with a hard deadline–no pun intended–with no future returns. Alternative energy sources get a lot of smack for being too expensive for the general populace, and while it’s true that $1 trillion is a big and even unfathomable number, we’re already spending that  and then some to maintain our current fossil fuel addiction. So what does that tell us?

What impacts us globally always starts locally. The environments we shape will inevitably shape us.

A quote from Governor Nelson’s speech from the first Earth Day in 1970:

“Earth Day is dramatic evidence of a broad new national concern that cuts across generations and ideologies. It may be symbolic of a new communication between young and old about our values and priorities.”

We can fight all day over the terminology–climate change, global warming, pollution, conservation. We can fight each other about our political beliefs.

But through all of that, we must educate ourselves, not solely to be better at arguing with others, but to be capable of informing others and improving ourselves. We must learn from the sobering truth of history while not letting history make us cynical. History gives us roots that connect us to other people. Knowing the flaws of our past gives us compassion and a compass to do better in the future.

Learn about when Environmentalism became a partisan issue

The story of my project, In Unison, which addressed social movements, environmental conservation, and the fast fashion industry

#MeToo, #YesAllWomen, and Men Who Can Do No Wrong

Landmarks Through the Seasons

A Letter to My Creative Community