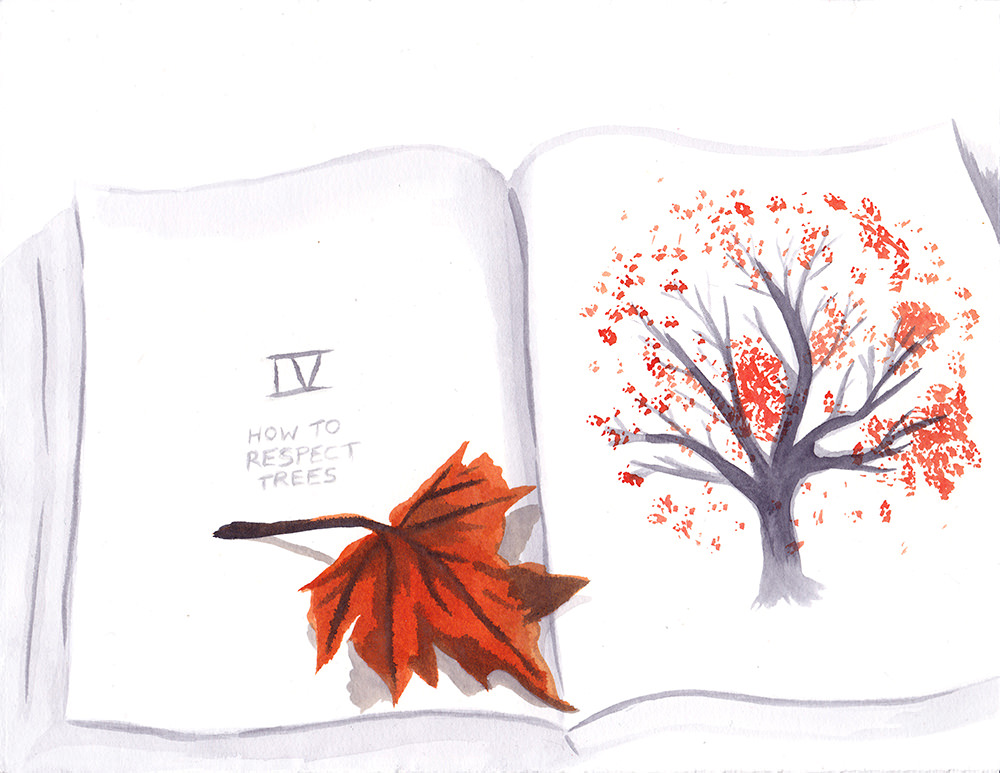 "I fought the law..." ink drawing from Heartwood series, by Jenie Gao

#MeToo and #YesAllWomen tell a common story. A man wronged a woman and got away with it.

I’m grateful, of course, for the courage and camaraderie of women to be open about what they have experienced and often have needed to keep hidden. I am also extremely tired. It’s not like we haven’t known that sexism, sexual harassment, assault, and abuse are all issues embedded and teeming in our communities, issues heavily weighted against women and anyone who is not a man. Of course “Not All Men” are predators. That isn’t the point. The labor is still largely on women to respond to a crisis that they did not create, to make themselves vulnerable in the hopes that society might finally pay attention, that passive listeners might finally become allies, and that those allies are as active as they are sympathetic.

Rarely do the people who make the mess have to clean it up themselves. It doesn’t help that little girls are taught to pick up for others, including their brothers. When they become women, they still find themselves cleaning up for men. It’s a part of how women are educated, to clean up the messes that we did not make.

The world isn’t fair to the fair-minded, and I have a hard time believing that things are going to change anytime soon. The crises aren’t over. In spite of our collective stories, the master narrative has not changed. The structure of the book that holds our stories has not changed. We have (hash) tagged the women but not tagged the men who forced their influence upon someone else’s narrative. “Me, too,” creates a database of women who are survivors and not of men who are perpetrators, and I am resentful of that, even if I appreciate the movement.

In the stories of #MeToo and #YesAllWomen, there is a “damsel in distress,” and an invisible man who is the perpetrator. These men love the “damsel in distress” story and come into the light when they can be knights in shining armor. They disappear when the damsel’s distress is their own doing. They disappear even when the distress is not their doing, but when they fear the confrontation of angry women. The bulk of the work is still on women to call out the problems and seek resolution.

#MeToo and #YesAllWomen are a step forward from a culture that says, “Women need to be more careful” instead of “Men need to be more respectful.” But remember, for every woman who says “Me, too,” there’s a man who ought to say, “I should have known better.” I’m still waiting for the day when in response to #YesAllWomen, I see men posting #SheShouldntNeedToTellMe. I’m waiting for the day when #MeToo stands for perpetrators calling themselves out. I’m waiting for the day when male colleagues call out the Harvey Weinsteins of the world in the moments when it matters, instead of offering their sympathy after the fact, when the women who find one another assemble their army of voices.

I’m waiting for the day when we don’t need a hashtag for any of this violent nonsense. We’re not there yet. In the meantime, it is on each of us to read between the hashtags and statistics, to find the invisible perpetrators that gave us data points worth counting and stories unfortunately worth believing. We need to believe the stories first, and beyond that we need to understand what percolates beneath them if we don’t intend to relive them.

“A Shipwrecked Man cast up on the beach fell asleep after his struggle with the waves. When he woke up, he bitterly reproached the Sea for its treachery in enticing men with its smooth and smiling surface, and then, when they were well embarked, turning in fury upon them and sending both ship and sailors to destruction. The Sea arose in the form of a woman, and replied, ‘Lay not the blame on me, O sailor, but on the Winds. By nature I am as calm and safe as the land itself: but the Winds fall upon me with their gusts and gales, and lash me into a fury that is not natural to me.'” – Aesop’s Fables

The love affair of art & politics-and the culture they create

A welcome interruption: a letter for busy people